It was just only recently announced that Intuit is entering 2023 with a newer and possibly better version of QuickBooks. Ted Callahan, who is the director of QuickBooks Accountant Leader, announced that “QuickBooks Desktop 2023” will be available to small businesses starting September 20, 2022.

Users, depending on the subscription that they currently have, will find three new features available to the Enterprise version: the Item Categories feature, the Expiration Dates feature for Advanced Inventory Serial/Lot tracking users, and the Intercompany Transactions feature. Users will also be exposed to two newly designed payment features.

These newly designed payment features will be available to all 2023 QuickBooks Desktop subscribers, provided that the user in question has an active paid subscription. The new payment features that are being discussed are the Payment Links enhancements, and a new Node Card Reader.

There are a bunch of requirements that a user’s workstation must meet to be able to run QuickBooks Desktop 2023 smoothly. All of those system requirements are listed below.

QuickBooks 2023 Desktop Premier Plus is now priced at $799

The Cash Flow Hub feature is available to all users who are using 2023 Desktop Plus, Enterprise, and Accountant within the US. This feature is available as of the initial 2023 product (R1) release. The Cash Flow Hub lets users explore, manage, and track their cash flow in one go. The Cash Flow Hub also provides the users with a better view of their accounts that they constantly monitor to better understand their position in terms of how much cash they have. This increased visibility includes the user’s bank accounts, their credit cards, and the loans that have been taken if any. Users can also track their cash flow in terms of how much money has come in and how much money has gone out of their accounts. There is a bunch of stuff that the users can do with this feature, including (but not limited to).

To access the Cash Flow Hub, the user can simply go to either the ‘Company’ or the ‘Reports’ menu. Users can also select the Cash Flow Hub which is also available in the sidebar on the home screen.

The Track Vehicle Mileage feature is available to all users who use one of the 2023 Desktop Plus, Enterprise, and Accountant versions within the US as of the initial 2023 product (R1) release. It can be accessed from the Company menu. Even though this is not a feature that has been introduced in the QuickBooks Desktop application for the first time, the Intuit team has introduced a new method to track the mileage in the 2023 version of the QuickBooks Desktop application. QuickBooks Desktop 2023 provides an enhanced experience to the users who are trying to track and manage their vehicle mileages. Users can simply add new trips from the desktop application on their workstations and get them approved easily.

What’s interesting is that there is now an iOS app that can also work with QuickBooks for users who are trying to track their vehicle mileage. This iOS application then incorporates the vehicle mileage data into the user’s Company File in QuickBooks. This application can be downloaded from the App Store that is available on Apple devices. The benefit that this mobile application serves is that with its presence, users can wave goodbye to having to manually track their odometer readings when they come back after business trips. The user can simply enter the starting point and the ending point of their trip, and the number of miles traveled will be automatically calculated by the application for the user. Users can now also forget about having to track the current IRS mileage rate. QuickBooks is more capable now with its latest release, and it will fetch the rate for the users and use it to compute each trip’s mileage expense. The trips that the employees take for business purposes are also available for approval by the appropriate approving authority when the report is sent to QuickBooks Desktop. This impacts the user experience positively as the company can then simply analyze the report they get and bill its customers accordingly. This feature can be found in the ‘Company’ menu in QuickBooks.

The Report Optimization feature is available to all users who use one of the 2023 Desktop Plus, Enterprise, and Accountant in the US and Canada as of the initial 2023 product (R1) release. In their latest release, QuickBooks has made changes for the better on the back-end side. These changes will provide better report compilation performance for larger company files. The user won’t be able to see any changes apart from the fact that their reports are being processed faster than the older versions of QuickBooks.

The Improved Banking Connectivity feature can easily be set up from the ‘Bank Feeds’ section under the ‘Banking’ menu. It also is accessible by selecting ‘Bank Feeds’ from the shortcut sidebar on the home screen. Three reasons collectively explain why this feature is great and a very much-needed feature:

Was this article helpful? 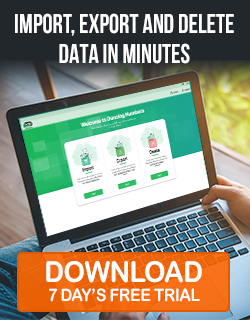 Get solutions to all of your accounting and bookkeeping problems with industry-leading experts.

Askforaccounting.com tells you about all the best accounting software such as QuickBooks and Sage. It will help you to be more productive and you get complete knowledge about the benefits of all accounting software. These upcoming advanced approaches profoundly influence your daily workflow read more